Today marks 25 years since Fred Hollows died. This is from my book Singing Johnny Cash in the Cardiac Ward.
"Trish and I were having a coffee when I noticed a sign pointing to the Fred Hollows Reserve. The number of students I’ve taught who can quote Fred Hollows saying, in the Fred Hollows Foundation advertisement, “Every eye is an eye. When you're doing the surgery there, that is just as important as if you were doing eye surgery on the prime minster or the king” says a lot about the man’s life more than twenty years after he died.
I remembered Kev Carmody telling me about visiting Fred at his home somewhere near here. It was pretty much towards the end of Fred’s time, back in 1993, and he asked Kev to come and play him From Little Things Big Things Grow. Kev wrote that song with Paul Kelly, about the 1966-1975 Gurindji Strike by 200 Gurindji stockmen, domestic staff and their families against the British Vesty corporation.
Vincent Lingiari, one of the main leaders of the strike, travelled to the major cities to gather support for their cause. When Hollows saw him speak at a public meeting in Sydney, he noticed Lingiari had trachoma. He had seen trachoma in Africa, but was shocked to see it in a rich country like Australia. This led Hollows to say, “Until Aborigines share the same basic conditions of hygiene, sound diet, insect-proof housing, sanitation and clean water… Aborigines in rural parts of the country will continue to be afflicted with avoidable diseases such as trachoma”. It also led to Fred’s work in remote Aboriginal communities to eradicate trachoma. The condition still exists in Australia.
Kev told me that when he arrived at Fred Hollows’ place he noticed there were a lot people waiting to see him before he died, including the head of Australian Medical Association. When Fred was told that Kev had arrived, he came out and said, “You’re late”, then poured Kev a scotch and took him on a tour of his home.
He showed Kev the stairs that the great Australian writer Frank Hardy had fallen down, breaking his leg. He was writing The Unlucky Australians, his classic about Aboriginal Stockmen, the Gurindji people and Wave Hill. Peter Hudson’s painting The Storytellers shows Kev along with Frank Hardy, Paul Kelly and Vincent Lingiari. Fred found a quiet spot for Kev to play From Little Things Big Things Grow on his guitar. When Kev finished playing, he was humbled to see the tears in Fred Hollows’ eyes." 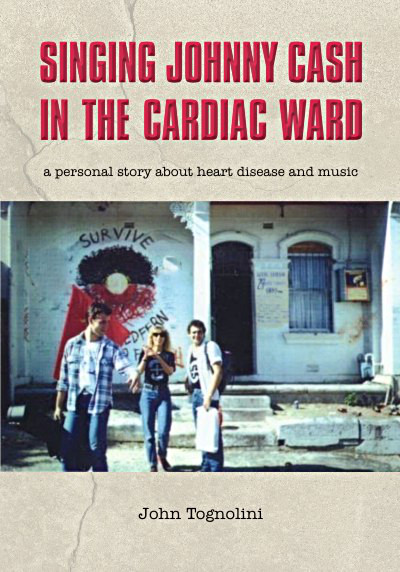 To my Author's page where this book or any of my books can be ordered.
Posted by John/Togs Tognolini at Saturday, February 10, 2018