Christopher Pyne has fired the first barrage of current History War at the National History Curriculum which I actually like. There is however, the whole thing of the Hundred Year Anniversary of the start of World War One, Pyne and Abbott want a Celebration not Commemoration. I don’t mind the latter but don’t expect to see it. 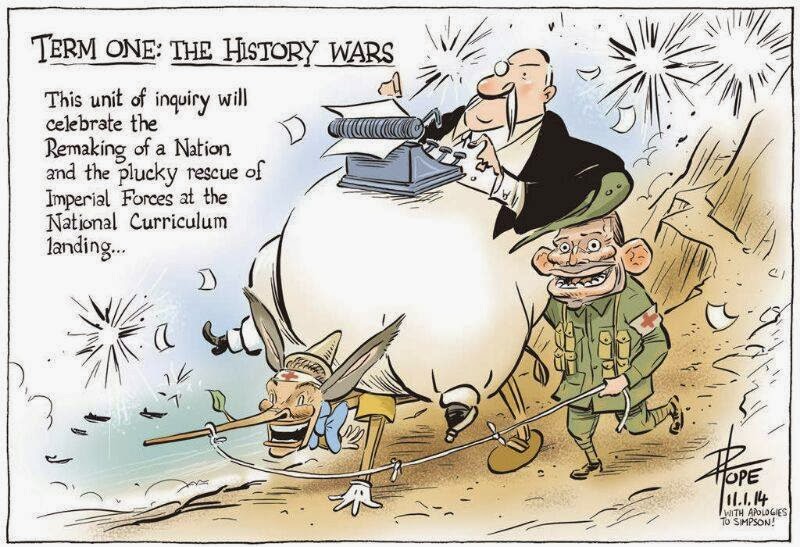 Robin Prior in the


Guardian launched his own attack on critics of a war that left 37,000,000 people dead across the planet and sowed the seeds for another global conflict. Prior wrote of the commanding British General Douglas Haig, “Yet contrary to much of what is written about Haig, he was not actually trying to wipe out his own armies. He was trying, at the behest of these same politicians, to win the war. And indeed the armies which he commanded played a large role in the victories of 1918. In this aspect of the debate there seems a total inability to distinguish between futile episodes within the war and the decent purpose for which the war was being fought. Perhaps this level of sophistication is just too hard for unreflective critic

It wasn’t democracy, how could you be fighting for that concept when one of your allies was the Russian Tsar. Remember the Tsarist state organised pogroms against Jews as late as 1907. And it was to help this Allie that Anzacs were at Gallipoli. There was also good old fashion empire building, imperialism.


Tariq Ali, sums it up well in On History, Tariq Ali and Oliver Stone in Conversation
"Let us start with the First World War, which was the single most important event of the twentieth century, not recognized as such. We mainly think about the Second World War and Hitler, but it was the First World War that suddenly bought about the death of a number of empires. The Austrian Hungarian Empire collapsed. The Ottoman Empire collapsed. The Tsarist Empire of Russia collapsed. And on the heels of this arose nationalism, communism and revolutionary movements of different kinds…."
Let us get back to Haig.
The debate won't being going for just this year but will come back to haunt us in 2018 for the 100 years since the Victory. Anyone whose an apologist for Haig is worse than a nutter. They are evil. Norman Dixon , a former British officer and author of the great book, The Psychology of Military Incompetence believes Haig was psychotically deranged sadist. For Prior to come out with crap reflects the sad and sniveling propaganda that is meant to pass as “historical writing”. I had four uncles on the Western Front, two had survived Gallipoli, who suffered from Haig’s insane attacks summed up well by the writers of Blackadder in 1989 ‘yet another gargantuan effort to move his drinks cabinet six inches closer to Berlin’.
What else can you call his battles at the Somme and Passchendaele, John Laffin, was spot on when he called Haig a ‘butcher and bungler’.
Haig had systematically falsified the record of his military career, underpinning the most important years with a diary written for circulation in his own cause during the war and re-written in his own favor after it. Denis Winter, Haig’s Command A Reassessment puts a forward a strong argument that he falsified history.
The picture below is of my Uncle John, At Haig's Battle of Passchendaele also known as the Battle of the Mud. He was awarded the Military Medal, This is his citation

"At Broodseinde during the period 26/27th October 1917 No 3648 Pte John Tognolini did excellent work on the morning of the 26th October. He was one of a party of eight carrying two stretcher cases to the Regimental Aid Post when a shell burst and severely wounded three of the party. Although wounded himself he continued with his work and made two trips back to get the wounded they had left on the way. He then returned to line and on the morning of the 27th October when several men were wounded by shell fire and all the stretchers in use. He dressed one man and carried him on his back to the R.A.P. All this work was under very heavy shell fire.


He set a fine example of coolness and courage to the men of his company.
Pte Tognolini has on many occasions shown great courage and devotion to duty."

John Tognolini was Killed in Action on 25-4-18 at the Battle of Villers Bretonneux. The army had his age as 24 years old. 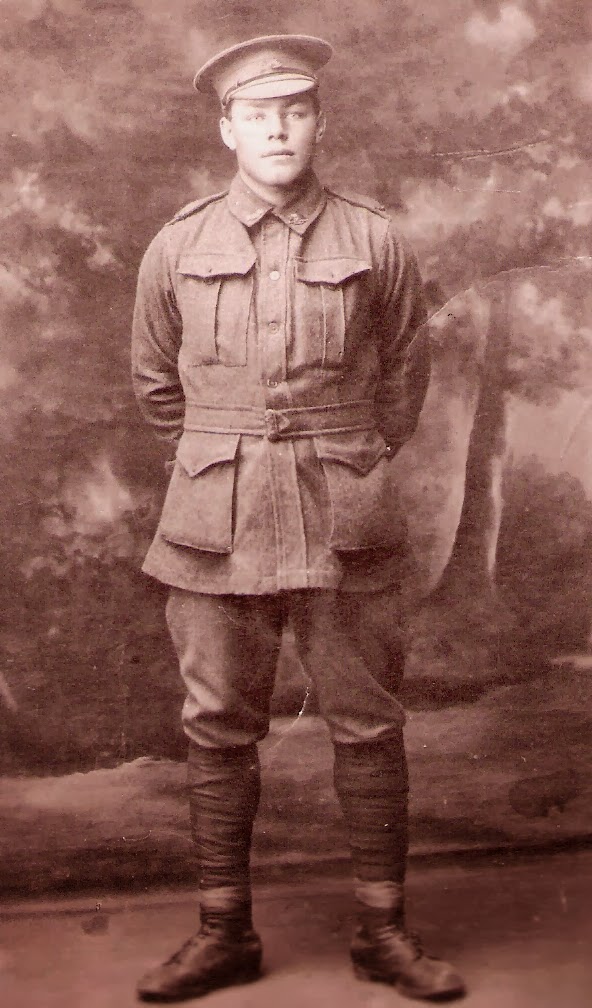 There is that view of why study history? It's about events that happened so long ago. The thing is those actions live with us in many ways. Through the people that lived and died because of them, through their families. My father had a picture of my Uncle John under glass looking down on us in the lounge room in Brunswick when I was kid. He and another brother went of to fight in World War Two. This is a picture of my Uncle Stephen, he survived Gallipoli and won the Military Medal twice, the man in front of him George Hunt was at Anzac too. He was awarded the Distigushed Conduct Medal, this photo was taken a week before the Battle of Hamel on July 4 1918. George was killed during it. I wrongly thought he was Aboriginal. His father was from the West Indies and jumped ship in Newcastle. Abbott and Morrision would have had George's father locked up on Manus Island.