John Pilger:How the chosen ones ended Australia's sporting prowess and revealed its secret past 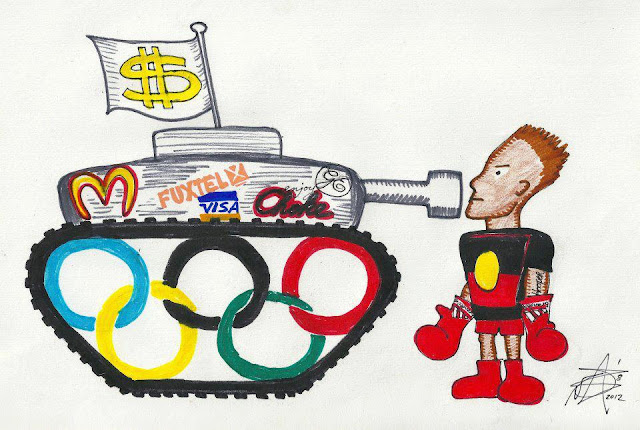 The ferries that ply the river west of Sydney Harbour bear the names of Australia's world champion sportswomen. They include the Olympic swimming gold-medalists Dawn Fraser and Shane Gould, and runners Betty Cuthbert and Majorie Jackson. As you board, there is a photograph of the athlete in her prime, and a record of her achievements. This is vintage Australia. Often shy and never rich, sporting heroes were nourished by a society that, long before most other countries, won victories for ordinary people: the first 35-hour working week, child benefits, pensions, secret ballots and, with New Zealand, the vote for women. By the 1960s, Australians had the most equitable spread of personal income in the world. In modern-day corporate Australia, this is long forgotten. "We are the chosen ones," sang a choir promoting the 2000 Sydney Olympics.


One of the ferries is named after Evonne Goolagong, the tennis star who won Wimbledon in 1971 and 1980. She is Aboriginal, like Cathy Freeman, who won a gold medal in the 400 metres at Sydney. For all their talent, both belong to a carefully constructed facade, behind which Australia's secret indigenous history is  suppressed and denied.

The late Charlie Perkins, an Aboriginal leader who played first-division football in England, told me, "There's an ambivalence that consumes many of us. I was so pleased to be back home, seeing that wonderful light, hearing the birds, seeing my mates, but I felt the racism more than ever. For one thing, no white person ever invited me home for a meal, for anything. Blacks weren't even allowed in the grandstands, not even in the blacks-only sections." In the 1960s, Charlie led "freedom rides" into the north-west of New South Wales, where "nigger hunts" were still not uncommon. Abused and spat at, he stood at the turnstiles of local swimming pools and sports fields and demanded that a race bar be lifted. "In South Africa, at least you knew where you stood," he said. "In Australia, you can have a friend and an enemy all in one person, especially if you're like me, of mixed blood. Someone will call you his mate one minute, then before you know it, you feel an indifference, a coldness you can't explain. It's what drove my brother to kill himself."

Wally MacArthur was one of the "stolen generation". The victim of a eugenics-inspired campaign to "breed out the black", Wally was taken from his mother as a small boy and was destined to become a servant in white society.  His gift was speed. Running without shoes, he was the Usain Bolt of his day. Wally was never selected in a state or national team.

Eddie Gilbert's story is similar. A dazzling fast bowler, he was given special permission to play outside his Queensland "reserve" and took five wickets for 65 runs against the West Indies. He later faced Donald Bradman, the world's greatest batsman, and bowled him for a duck. Thereafter, the secretary of the Queensland Cricket Association wrote to the Protector of Aborigines: "The matter of Eddie Gilbert has been fully discussed by my executive committee and it was decided, with your concurrence, to return Gilbert to the settlement." The letter noted that his cricketing whites "should be laundered and returned". Eddie was committed to an asylum where he was mistreated, and died.

The great Aboriginal boxer, Ron Richards, died a prisoner on Palm Island off the Queensland coast. He had won most Australian titles, and when he became British Empire middleweight champion, the Chief Protector stepped in. "Like many other crossbreeds," he wrote, "he is unstable of character and inclined to be gullible."

On 30 July, in London, the Aboriginal light-heavyweight Damien Hooper stepped into the ring for his Olympic bout wearing a T-shirt emblazoned with the Aboriginal flag: the same flag now approved to fly on public buildings in Australia. The Australian Olympic Committee demanded he make a public apology - itself a profanity in keeping with the enduring humiliation of Aboriginal people. Wearing the shirt was said to have breached the Olympic Charter; Coca Cola would have been acceptable. The sports writer for the Sydney Morning Herald sneered that it was "a stunt" by an opportunist. "I'm representing my culture, not only my country," said Hooper. "I'm proud of what I did."

In his 1995 book, Obstacle Race, Professor Colin Tatz, who has charted Australia's genocidal history, says that of the 1,200 Aboriginal sportsmen and women he studied, only six - 0.5% - had access to the same opportunities and sporting facilities as whites. I asked him what had changed. "A few things are better." he wrote, "The figure now is about one per cent."

On the day Damien Hooper was forced to apologise, Australian swimmer Nick D'Arcy failed to make the final of the 200 metres butterfly. Few in the crowd were aware that this "chosen one" was a convicted thug who smashed the face of fellow swimmer Simon Cowley in an unprovoked assault in 2008. Ordered to pay his victim A$180,000 in damages, D'Arcy declared himself bankrupt and paid not a cent, nor showed any remorse. Yet, the Australian swimming authorities duly lifted his ban and allowed him to compete in London. After all, said a Liberal MP, " Nick has paid a terrible price for his indiscretions".

Josh Booth rowed in Australia's eight that came last in the final. To a Chosen One, last is unacceptable, so Booth went on a rampage in Egham in Surrey, smashing windows. He later described it as an "emotional outburst". The Sydney Morning Herald shed a tear for "the pain of a young man who lost in an event that comes along every four years".

Unlike those original Australians forced to defend their basic human rights and apologise for their distinctiveness, both D'Arcy and Booth have enjoyed every advantage and privilege. Their "indiscretions" and victimhood are accompanied by a sense of entitlement that has shredded the national myth of "fair go", not to mention an Olympic prowess of which we all were once proud.