John Pilger:History is the enemy as 'brilliant' psy-ops become the news 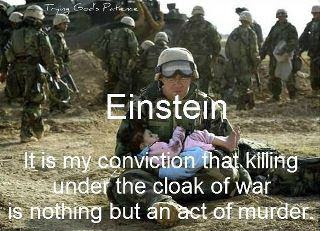 Arriving in a village in southern Vietnam, I caught sight of two children who bore witness to the longest war of the 20th century. Their terrible deformities were familiar. All along the Mekong river, where the forests were petrified and silent, small human mutations lived as best they could.

Today, at the Tu Du paediatrics hospital in Saigon, a former operating theatre is known as the "collection room" and, unofficially, as the "room of horrors". It has shelves of large bottles containing grotesque foetuses. During its invasion of Vietnam, the United States sprayed a defoliant herbicide on vegetation and villages to deny "cover to the enemy". This was Agent Orange, which contained dioxin, poisons of such power that they cause foetal death, miscarriage, chromosomal damage and cancer.

In 1970, a US Senate report revealed that "the US has dumped [on South Vietnam] a quantity of toxic chemical amounting to six pounds per head of population, including woman and children". The code-name for this weapon of mass destruction, Operation Hades, was changed to the friendlier Operation Ranch Hand.  Today, an estimated 4.8 million victims of Agent Orange are children.

Len Aldis, secretary of the Britain-Vietnam Friendship Society, recently returned from Vietnam with a letter for the International Olympic Committee from the Vietnam Women's Union. The union's president, Nguyen Thi  Thanh  Hoa, described "the severe congenital deformities [caused by Agent Orange] from generation to generation". She asked the IOC to reconsider its decision to accept sponsorship of the London Olympics from the Dow Chemical Corporation, which was one of the companies that manufactured the poison and has refused to compensate its victims.

Aldis hand-delivered the letter to the office of Lord Coe, chairman of the London Organising Committee. He has had no reply. When Amnesty International pointed out that in 2001 Dow Chemical acquired "the company responsible for the Bhopal gas leak [in India in 1984] which killed 7,000 to 10,000 people immediately and 15,000 in the following twenty years", David Cameron described Dow as a "reputable company". Cheers, then, as the TV cameras pan across the £7 million decorative wrap that sheathes the Olympic stadium: the product of a 10-year "deal" between the IOC and such a reputable destroyer.

History is buried with the dead and deformed of Vietnam and Bhopal. And history is the new enemy. On 28 May, President Obama launched a campaign to falsify the history of the war in Vietnam. To Obama, there was no Agent Orange, no free fire zones, no turkey shoots, no cover-ups of massacres, no rampant racism, no suicides (as many Americans took their own lives as died in the war), no defeat by a resistance army drawn from an impoverished society. It was, said Mr. Hopey Changey, "one of the most extraordinary stories of bravery and integrity in the annals of [US] military history".

The following day, the New York Times published a long article documenting how Obama personally selects the victims of his drone attacks across the world. He does this on "terror Tuesdays" when he browses through mug shots on a "kill list", some of them teenagers, including "a girl who looked even younger than her 17 years". Many are unknown or simply of military age. Guided by "pilots" sitting in front of computer screens in Las Vegas, the drones fire Hellfire missiles that suck the air out of lungs and blow people to bits. Last September, Obama killed a US citizen, Anwar al-Awlaki, purely on the basis of hearsay that he was inciting terrorism. "This one is easy," he is quoted by aides as saying as he signed the man's death warrant. On 6 June, a drone killed 18 people in a village in Afghanistan, including women, children and the elderly who were celebrating a wedding.

The New York Times article was not a leak or an expose. It was a piece of PR designed by the Obama administration to show what a tough guy the 'commander-in-chief' can be in an election year. If re-elected, Brand Obama will continue serving the wealthy, pursuing truth-tellers, threatening countries, spreading computer viruses and murdering people every Tuesday.

The threats against Syria, co-ordinated in Washington and London, scale new peaks of hypocrisy. Contrary to the raw propaganda presented as news, the investigative journalism of the German daily Frankfurter Allgemeine Zeitung identifies those responsible for the massacre in Houla as the 'rebels' backed by Obama and Cameron. The paper's sources include the rebels themselves. This has not been completely ignored in Britain. Writing in his personal blog, ever so quietly, Jon Williams, the BBC world news editor, effectively dishes his own 'coverage', citing western officials who describe the 'psy-ops' operation against Syria as 'brilliant'. As brilliant as the destruction of Libya, and Iraq, and Afghanistan.

And as brilliant as the psy-ops of the Guardian's latest promotion of Alastair Campbell, the chief collaborator of Tony Blair in the criminal invasion of Iraq. In his "diaries", Campbell tries to splash Iraqi blood on the demon Murdoch. There is plenty to drench them all. But recognition that the respectable, liberal, Blair-fawning media was a vital accessory to such an epic crime is omitted and remains a singular test of intellectual and moral honesty in Britain.

How much longer must we subject ourselves to such an "invisible government"?  This term for insidious propaganda, first used by Edward Bernays, the nephew of Sigmund Freud and inventor of modern public relations, has never been more apt.  "False reality" requires historical amnesia, lying by omission and the transfer of significance to the insignificant. In this way, political systems promising security and social justice have been replaced by piracy, "austerity" and "perpetual war": an extremism dedicated to the overthrow of democracy. Applied to an individual, this would identify a psychopath. Why do we accept it?