The War Against Nature Resumes by George Monbiot 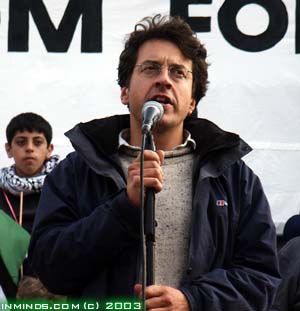 There's a story that almost all of us believe: that beyond a certain state of development, we relearn a respect for nature. It is true that some of the excesses of the early modern age - attempts by gamekeepers to kill all competing species, mass slaughter by white hunters in the colonies, the grubbing up of hedgerows and ancient woodlands - have lessened, though we still eat endangered fish and buy timber from clear-cut rainforest. It is also true that we give more money to conservation projects and spend more time watching wildlife films than we have ever done before. But as soon as we perceive that our economic interests are threatened, our war against nature resumes.

2010 is the International Year of ¬Biodiversity. The Welsh assembly is celebrating the occasion by launching a project to exterminate the badger. I won't pretend that this story ranks alongside the catastrophe in Haiti or the meltdown in Afghanistan, but it casts an interesting light on humanity's continuing impulse to conquer nature, and shows how, even when cloaked in the language of science, our relations with the natural world are still governed by irrationality and superstition.

Last week the Welsh rural affairs minister, Elin Jones, announced what her government calls "a proactive non-selective badger cull" in west Wales. What this means is the elimination of the species, beginning when the cubs emerge from their burrows in May. Badgers carry the bacterium which causes bovine tuberculosis. The purpose of the experiment is to discover whether the number of cows with the disease is reduced when the badger is exterminated. It it works, the method might be applied elsewhere. But even before the experiment begins, I can tell you that it's a waste of time and money.

In 2007, after nine years of research, the Independent Scientific Group on Cattle TB sent its final report to the UK government. It discovered that "badger culling cannot meaningfully contribute to the future control of cattle TB in Britain". Rather than suppressing the disease, killing badgers appears to spread it.

The researchers had killed badgers across 30 areas, each of 100 square kilometres. They found that when the badgers were culled in response to local outbreaks of TB, the slaughter "increased, rather than reduced" the incidence of the disease in cattle: the level of infection rose by some 20%. When badgers were killed proactively (culled annually, regardless of whether cattle were infected), the incidence of TB inside the killing zone was reduced by 23% - but the incidence outside increased by 25%. The reason is that the killing changes the behaviour of the badgers: they travel more and mix more, either to escape the slaughter or to investigate the ecological space it opens up. The economic costs of proactive culling, the study found, were 40 times greater than the benefits.

But the old reflex dies hard. As the scientific group pointed out, "agricultural and veterinary leaders continue to believe, in spite of overwhelming ¬scientific evidence to the contrary, that the main approach to cattle TB control must involve some form of badger population control". It noted "considerable reluctance to accept and embrace ¬scientific findings". The Welsh government shares this reluctance. In announcing her extermination policy last week, Elin Jones claimed that the cull would be conducted according to "the requirements outlined by the ¬Independent Scientific Group". But the ISG couldn't have made itself clearer: badger culling of any kind won't work. Instead, governments should do more to control the way that cattle are kept, tested and moved. This was a message that farmers and the Welsh government didn't want to hear.

The policy Elin Jones announced last week is even worse than this suggests. Her culling experiment is actually testing two variables: exterminating badgers and better management of cattle. Yet there are no experimental controls (study areas in which one or both methods are not being tried), so there is no means of telling which of the two measures is working, or whether changes in the incidence of the disease have anything to do with the experiment. There's a scientific term for a study that simultaneously tests two variables while using no controls: worthless. The Welsh experiment has nothing to do with science and everything to do with appeasing farmers.

The Farmers' Union of Wales has been furiously demanding that time and money should be wasted in this fashion. It has lobbied the assembly government for a scheme that will damage its members' interests and alienate the people who buy their milk and butter and cheese. It appears to be impervious to evidence or reason: last week it announced that "badger culling works. Any talk about farming practices being a significant factor are unfounded."

But even if extermination did work, the effect could be sustained only by killing any badgers that re-entered the area: in other words, rendering the species extinct there. Were the same approach to be rolled out across a wider area (the policy the experiment is designed to test), the badger would have to become extinct not only across that zone, but also in all neighbouring zones. Because badgers will move into areas from which the species has been erased, the only logical outcome of this approach is to exterminate the badger throughout the United Kingdom. As this is politically unacceptable, the Welsh experiment is pointless as well as worthless.

This exercise in wilful stupidity betrays an ¬approach to the natural world that has scarcely altered since the dark ages. We still act as if we have been granted dominion over it. Those with an economic interest seem to ¬regard any species that might compete or conflict with them as a threat not only to their income but also to their power. They still treat the natural world as ¬fungible: nothing is too precious, too great a source of wonder and delight to liquidate. There appears to be no point of regret beyond which we won't ¬venture, no lesson in ecological collapse that we are prepared to learn. The ¬Christian worldview, which places humankind at the apex of creation, is hard to shake, even in the most secular nation on earth.
All industries strive not only towards monopoly but also towards mono¬culture: domination of the natural or cultural landscape. This is what George Orwell meant when he remarked that "the logical end of mechanical progress is to reduce the human being to ¬something resembling a brain in a bottle". Industry, if left unchecked, tolerates no deviance. It seeks to shrink both the range of human experience and the wonders of the natural world until they fit into the container it has made for them.
We could lose badgers and - except for those of us who spend summer evenings watching them as they shuffle out of their setts - suffer few tangible losses. But the urge to destroy them springs from the same pathological instinct for power which would deprive us of almost everything.

Published on Tuesday, January 19, 2010 by The Guardian/UK

George Monbiot is the author of the best selling books The Age of Consent: a manifesto for a new world order and Captive State: the corporate takeover of Britain. He writes a weekly column for the Guardian newspaper. Visit his website at www.monbiot.com
Posted by John/Togs Tognolini at Wednesday, January 20, 2010