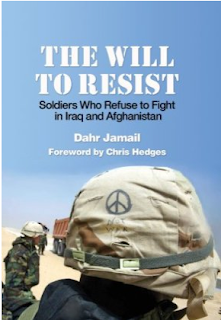 The Time magazine cover story, The Real Cost of Cheap Food, says, "Horror stories about the food industry have long been with us ever since 1906 when Upton Sinclair's landmark novel The Jungle exposed how America produces its meat. In the century that followed, things got much better, and in some ways much worse. Big agricultural can now produce unlimited quantities of meats and grains at remarkably cheap prices. But it does so at a high cost to the environment, animals and humans. Those hidden prices are the creeping erosion of our farmland, cages for chickens so packed that the birds can't even raise their wings and the scary rise of antibiotic resistant bacteria among farm animals. Add to the price tag the acceleration of global warming. Our energy intensive food system uses 19% of U.S. fossil fuels, more than any other sector in the economy. Since Americans are heeding such warnings and working to transform the way the country eats."

Michael Pollan, professor of journalism at the University of California at Berkeley, is a contributing writer to the "New York Times Magazine. He is the best selling author of "The Omnivore's Dilemma" and "In Defence of Food."

At Nuremberg the plea of, "I was just following orders" was not accepted by the tribunal. That raises the question: What are soldiers to do when faced with orders they know to be against international law and basic morality? Today, reports of U.S. troops refusing orders, of active duty soldiers refusing deployment and speaking out against the wars and occupations of Iraq and Afghanistan have trickled into the mainstream media. What makes GIs deployed in Iraq and Afghanistan decide to resist, file for conscientious objector status, or even serve prison sentences to avoid taking part in these wars and occupations? There are devastating societal consequences beyond the many deaths and severe physical and psychological wounds. Suicide rates and domestic violence among returning vets are high. As the wars drag on more and more GIs are asking questions and are resisting.

Dahr Jamail is an award-winning independent journalist who went to Iraq to report on the war and occupation. His articles appear in "The Guardian," "The Nation" and other journals and magazines. He is the author of "Beyond the Green Zone: Dispatches from an Unembedded Journalist in Occupied Iraq" and "The Will to Resist: Soldiers Who Refuse to Fight in Iraq and Afghanistan."

The conventional view of U.S. wars follows a formulaic line: We are innocent victims of unprovoked attacks. The sleeping giant wakes and reluctantly goes to fight. All military action is imbued with benevolent intentions: human rights, democracy, and liberty. There are parades and flag-waving. Solemn ceremonies and gun salutes at funerals honor the fallen. But who asks for what and for whom were they killed? Who benefits? Weapons manufacturers and mercenary contractors make out like bandits. That's a taboo subject. Resources? Empire expansion? Don't go there. Stick to patriotism. You can mouth the typical prattle of they died for freedom. The Afghan war is Operation Enduring Freedom. And war crimes? That's what they do, not us. Tribunals? Same deal: for them. Wars are packaged and sold just like any other commodity. Propaganda is skillfully used to win over the population.

Howard Zinn, professor emeritus at Boston University, is perhaps this country's premier radical historian. He was born in Brooklyn in 1922. His parents, poor immigrants, were constantly moving to stay "one step ahead of the landlord." After high school, he went to work in the Brooklyn Navy Yard. During World War II, he saw combat duty as an air force bombardier. After the war, he went to Columbia University on the GI Bill. He was an active figure in the civil rights and anti-Vietnam War movements. Today, he is in great demand as a public speaker. He's a regular contributor to "The Progressive" magazine. His masterpiece, "A People's History of the United States," continues to sell in huge numbers. His latest books are "A Power Governments Cannot Suppress" and "Original Zinn."

George Orwell once observed, "To see what is in front of your nose needs a constant struggle." Certainly when it comes to the interrelated crises in the economy, the environment and imperialism that seems to hold true. The obvious eludes most citizens. The media divert people's attention or simply fail to provide crucial information. And the political system? Senator Dick Durbin said, "Banks are the most powerful lobby on Capitol Hill. And they frankly own the place." Our representatives are wined, dined and funded by the powerful hence legislation is crafted to serve their interests. Foreclosures, bankruptcies, and joblessness are at levels not seen since the Great Depression while money flows into endless wars and occupations. We are playing roulette with the future of our planet. Resources are being depleted at an unsustainable rate. Global warming. All things are connected.

John Bellamy Foster is editor of "Monthly Review." He is professor of sociology at the University of Oregon. He's the author of many books including "Naked Imperialism," "Ecology Against Capitalism," "The Vulnerable Planet," and "The Great Financial Crisis."