Mark Steel: Iraq was such a laugh, let's do it to Iran 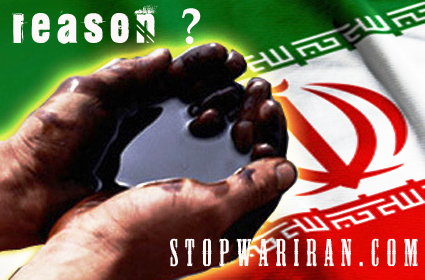 Why can't our leaders think up new stories to justify a military attack?
Governments and commentators keen on promoting a war against Iran should be stridently opposed, not so much because of the threat to world peace, but because their reasons display a shocking lack of imagination. The most common one is that Iran has "Weapons of Mass Destruction". How pathetic to pick the same excuse twice in a row. They should make it more interesting, by revealing evidence that Ahmadinejad has built a Terminator, or plans to fill the Strait of Hormuz with a giant Alka-Seltzer so the Persian Gulf fizzes over Kuwait.
What's become of Western leaders, that they can't think up new stories to justify a military attack? Are they going to re-use all the old ones, so if this doesn't work William Hague will say "Iran is threatening the sovereignty of Prussia".
That would be more persuasive than the US government's effort, reported in the Wall Street Journal as "US officials say they believe Iran recently gave freedom to five top al-Qa'ida operatives". It's as if the last outing was such a laugh, they want to do everything exactly the same. The British are probably already on the lookout for a weapons expert with suicidal tendencies.
One part they've copied accurately from the last war is the practice of interpreting every report as proof of the existence of these weapons. For example, the International Atomic Energy Agency has concluded: "There is certainly no indication that Iran has nuclear weapons capacity or could have it soon." So The New York Times reported this as "a recent assessment by the IAEA confirms Iran's nuclear program has a military objective".
A local book club could produce minutes of a meeting that said "Everyone enjoyed discussing Great Expectations, then retired to the Royal Oak for much deserved refreshments!" And next day half the cabinet would be on the radio saying: "This book club report confirms the Iranian navy is plotting to explode Jerusalem."
One trick they use is to insist that, even if Iran isn't building nuclear weapons, it's a threat anyway because it "aspires" to have them. But if we went to war with everyone who aspired to have deadly weapons, most teenage boys would have to be invaded, David Haye and Dereck Chisora would be overthrown and replaced by the UN, and the whole world would be on fire.
At least Hillary Clinton offered a variation, tell ing us "Iran is moving towards a military dictatorship". The only slight flaw in her argument was she said this in Qatar, so she was lucky her hosts didn't add, "Yes, what's taking them so long? Instead of fussing about moving towards one, why don't they just become one like us? Sorry, Hillary, carry on."
So, to cut out these embarrassments, they might be better off invading Saudi Arabia. Instead of the rigmarole of trying to prove a dictator has Weapons of Mass Destruction, they can say: "We know they've got 84 warplanes worth $30bn, because we sold the things to them six weeks ago."
Posted by John/Togs Tognolini at Saturday, February 25, 2012