Why Now? What's Next? Naomi Klein and Yotam Marom in Conversation About Occupy Wall Street 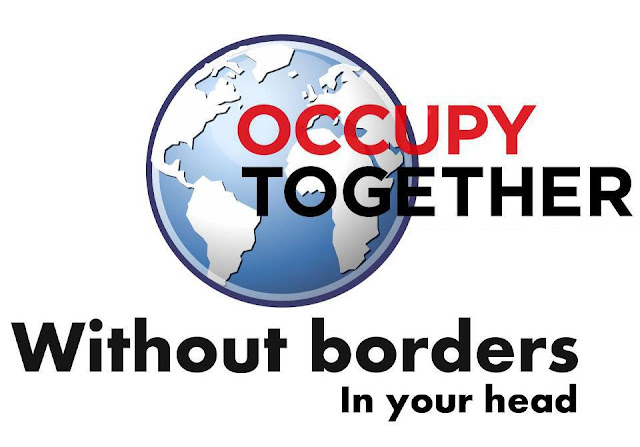 Naomi Klein is a journalist, activist and author of The Shock Doctrine: The Rise of Disaster Capitalism and No Logo. She writes a syndicated column for The Nation and The Guardian. Yotam Marom is a political organizer, educator, and writer based in New York. He has been active in the Occupy Wall Street Movement, and is a member of the Organization for a Free Society. This conversation was recorded in New York City.
Naomi Klein: One of the things that’s most mysterious about this moment is “Why now?” People have been fighting austerity measures and calling out abuses by the banks for a couple of years, with basically the same analysis: “We won’t pay for your crisis.” But it just didn’t seem to take off, at least in the US. There were marches and there were political projects and there were protests like Bloombergville, but they were largely ignored. There really was not anything on a mass scale, nothing that really struck a nerve. And now suddenly, this group of people in a park set off something extraordinary. So how do you account for that, having been involved in Occupy Wall Street since the beginning, but also in earlier anti-austerity actions?
Yotam Marom: Okay, so the first answer is, I have no idea, no one does. But I can offer some guesses. I think there are a few things you have to pay attention to when you see moments like these. One is conditions—unemployment, debt, foreclosure, the many other issues people are facing. Conditions are real, they’re bad, and you can’t fake them. Another sort of base for this kind of thing is the organizing people do to prepare for moments like these. We like to fantasize about these uprisings and big political moments—and we like to imagine that they erupt out of nowhere and that that’s all it takes—but those things come on the back of an enormous amount of organizing that happens every day, all over the world, in communities that are really marginalized and facing the worst attacks.
So those are the two kind of prerequisites for a moment like this to take place. And then you have to ask, What’s the third element that makes it all come together, what’s the trigger, the magic dust? Well, I’m not sure what the answer is, but I know what it feels like. It feels like something has been opened up, a kind of space nobody knew existed, and so all sorts of things that were impossible before are possible now. Something just got kind of unclogged. All sorts of people just started to see their struggles in this, started being able to identify with it, started feeling like winning is possible, there is an alternative, it doesn’t have to be this way. I think that’s the special thing here.
NK: Do you feel that there is an organic discussion happening about fundamentally changing the economic system? I mean we know that there is a strong, radical, angry critique of corruption, and of the corporate takeover of the political process. There’s a really powerful calling out happening. What’s less clear is the extent to which people are getting ready to actually build something else.
YM: Yeah, I definitely think we’re in a unique moment in the development of a movement that’s not only a protest movement against something but also an attempt to build something in its place. It is potentially a very early version of what I would call a dual-power movement, which is a movement that’s—on the one hand—trying to form the values and institutions that we want to see in a free society, while at the same time creating the space for that world by resisting and dismantling the institutions that keep us from having it.