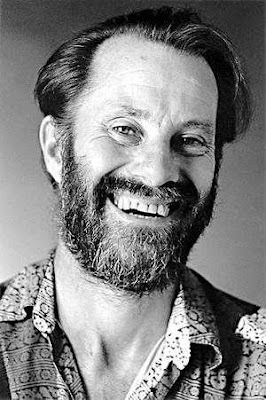 PETER McGREGOR, activist, academic, and writer, was one of the Australian left's most committed and energetic sons. He was involved with - and sometimes led - many of the most significant campaigns of the past 40 years; against apartheid and the Vietnam war, for the rights of Aboriginal Australians, asylum seekers and David Hicks, about climate change and censorship.The campaigns were often unpopular when McGregor took them up. Yet history has come down on his side more often than not.

Perhaps his biggest coup was the cancellation of a tour to Australia by a South African cricket team. McGregor and Meredith Burgmann, co-convenors of the Anti-Apartheid Movement with Denis Freney, wrote to Sir Donald Bradman, urging that Australians not play a team chosen on a racial basis. After lengthy correspondence, Bradman called the tour off. Bradman's son, John, said later that the correspondence had convinced his father to act.

Peter James McGregor, who has died at 60, grew up in Roseville. His father left home when he was young, leaving Alice McGregor, her boys Ken and Peter, and her sister May with limited income in a comfortable suburb. Peter was dux of Roseville primary school, attended North Sydney Boys High School, graduated from Sydney University and taught maths at Manly High. Alice and Peter were early supporters of the campaign to free Nelson Mandela from prison. At Sydney University from 1965, McGregor's interest in apartheid grew. He met South African exiles in Sydney, including John and Margaret Brink; John had been jailed after the Sharpeville massacre in 1960. After falling out with school heads for attending a protest meeting, McGregor left teaching and devoted most of his time in the early 1970s to the Australian Anti-Apartheid Movement.

The group fought against the South African rugby tour of Australia in 1971, protested over the appearance of a whites-only lifesaving team at Bondi, gathered assistance for South African political prisoners and played the key role against the cricket tour.The nature and method of creating social change was instrumental to Peter's thinking. The Vietnam war was a major cause for him and he visited the country several times, later publishing Cultural Battles: The Meaning Of The Vietnam-USA War (1998).

He became an anarchist in 1973 and, more recently, joined the Socialist Alliance. His libertarian and anarchistic leanings were formed by the counter-culture and unlike many contemporaries who found professional complacency, he maintained the rage. With little stomach for compromise or patience for the finesse of institutional politics, he worked tirelessly for radical causes. He was arrested (many times) and charged (several times).He found that protesting alone did not necessarily bring social change.

Anarchism came with personal cost and drove him to some compromises. He bought a house in Leichhardt with his partner, Johanna Trainor; after further study, at the University of NSW, he became a lecturer in media studies at Macquarie University and at the University of Western Sydney, from 1987 to 2004. He took his commitment to political movements more seriously than his career. His students found him inspiring. The protesting continued. He campaigned to free Tim Anderson, Paul Alister and Ross Dunn over the Ananda Marga conspiracy case and Anderson over the Hilton bombing. Their convictions were finally overturned.

He campaigned against the Labor council in Leichhardt, over Aboriginal deaths in custody and for East Timor.Only last year he tried to make a citizen's arrest of Philip Ruddock, then Attorney-General, for alleged war crimes.He supported anyone who lampooned the big end of town. He attended the launch in 1999 of a new satirical newspaper, The Chaser, published by a group of students to whom he had lent support. The newspaper led to the TV series, The Chaser's War on Everything.

McGregor couldn't win them all, of course. He taught film studies. Mumbling his displeasure over a film in a city cinema, he finally stood up and announced to the audience that this was a reactionary and distasteful spectacle and he proposed to walk out. He suggested they all do the same. Only one person, his sheepish companion, followed. He was kind, warm, generous, self-deprecating, an eloquent raconteur and free of the brooding resentment towards political foes that often encumbers radical outsiders.

He wrote recently of activism: "But there aren't enough of us, and we aren't getting there. While, as Alice Walker says 'activism is my rent for living on this planet', I'm getting more and more behind on that rent."Yet a week before he died he was selling copies of Green Left Weekly on street corners in Newcastle, where he lived.

Three days before his death, he drove to Sydney to support a protest at the US consulate on the sixth anniversary of Guantanamo Bay jail. Despite his busy mind and body, Peter McGregor had dementia; his future was bleak. He chose to take his own life. It was a last act of activism. He is survived by Johanna Trainor, his companion of 28 years, brother Ken and cousins David and John.