Do You Remeber When Heath Ledger Called John Howard A Dick For Invading Iraq? by John/Togs Tognolini 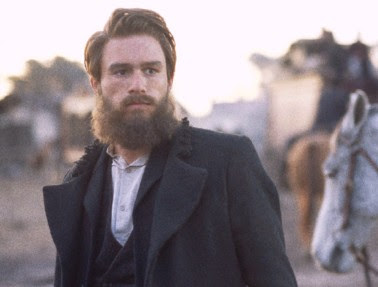 Like everyone else I was stunned when I heard of Heath Ledger's death. His death is a tragic loss. I had just seen him play one of the alter-ego's of Bob Dylan in I'm Not There. Below is section of the interview Heath did with Andrew Denton on Enough Rope in 2003. John/Togs Tognolini

.......Andrew Denton: They're turning ugly, aren't they? Did you manage to watch any of the Academy Awards?

Heath Ledger: No, I was working all day. .

Andrew Denton: Fantastic speech. I'll read the last little bit. He got pretty much booed off the stage. He said, "We live in a time where we have fictitious election results that elect a fictitious president. We live in a time where have a man sending us to war for fictitious reasons. Whether it's the fiction of duct tape or the fiction of orange alerts, we are against this war, Mr Bush. Shame on you, and any time you've got the Pope and the Dixie Chicks against you, your time is up." You were in Melbourne the other day, leading the march. I saw you on TV last week, after a bit of thought referring to our Prime Minister as 'a dick'.

Andrew Denton: You stand by that?

Heath Ledger: Well…yes, I do stand by that, absolutely.

Andrew Denton: There are those…and they've written over the weekend to suggest that you've been duped, that you're grandstanding.

Heath Ledger: Well, you know what? It's like… Screw it, man, everyone has their right to their opinion and that's mine. And, look, I'm not alone, am I?

Andrew Denton: And to those who'd say, "Get your hand off it,
Ledger, what do you know?"

Heath Ledger: Yeah, look, I do… I mean…yeah, the unfortunate truth is none of us know enough and we will never know enough. But, screw it. Our country…we've never… This is the first time in the history of our country that we're an aggressor, and we're not an aggressive nation or people. I'm certainly not, and I'm very proud of my country and I'm the very proud of the people here. We shouldn't be a part of this. It's not a fight for humanity. It's a fight for oil. And screw it and screw them. I think we should all pull out and live a peaceful existence down here.

Andrew Denton: Do… Are three people around you saying, "Just pull back, Heath. Don't say this, don't blow it?"

Andrew Denton: No, it's a man of passion. I like that.

Heath Ledger: Well, we need more of it and I think it's only going to get…we're only going to get more and more support. I don't know how much effect it will have on it, but hopefully we can stop this thing before it's too late. Unfortunately, you know, within the human kind of instinct, we don't… It's like, I could tell you, Andrew, "Don't touch the fire because if you touch it you'll burn yourself," and you'll go, "OK." But then when I'm looking that way, you'll go over and you'll touch it and burn yourself and then you'll learn. I just hope we don't take it that far. I hope we learn before something disastrous happens.

Andrew Denton: Sadly, I think the fire has begun.