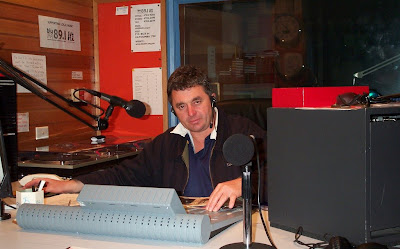 It's a tried and true NSW Labor formula—wait until the holiday season is almost here, then ram your nasty plans through caucus while workers and the community are winding down for Christmas.

This is how NSW premier Morris Iemma has started his bid to privatise up to $15 billion worth of publicly owned energy generation assets.Beginning with Margaret Thatcher in the UK, we've seen over two decades of privatisation of basic services like energy, water and transport: the jury is now in.

For the user, it means higher prices and less reliability, for the worker, less job security, for the environment, greater danger of pollution, but for the corporations, very, very fat and publicly guaranteed profits.

Anyone who believes that privatisation will benefit consumers should check out the experience of Melbourne's commuters, Adelaide's electricity users, or remind themselves of Sydney's cross-city tunnel and airport rail link.

In Queensland, on the first day of privatised energy (July 1 last year), the corporate energy suppliers raised tariffs by 11.7%—partly to cover the advertising costs of competing among themselves for customers!

Now, ten months after re-election Iemma can't wait to privatise energy, to be followed by ferries and water.The experience of the Your Rights at Work campaign against Work Choices showed that if working people and the community fight for their rights they can win.

I urge people to ring Phil Koperberg's office to express their opposition and support the campaign against Iemma privatisation plans by Unions New South Wales.