600 at Newcastle meeting against electricity sell off 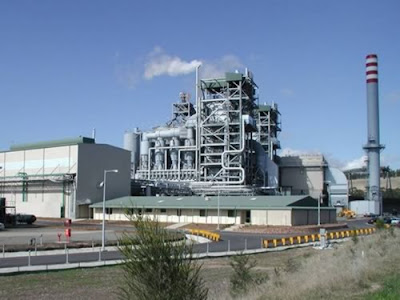 600 people packed the Panthers Club for a public meeting about the Iemma/Costa proposal to sell off most of electricity industry.

This follows stop-work meetings and half-day strikes by Macquarie Generation and Delta electricity employees last week. They also voted to not co-operate with the consultants and others hired to organise the sell-offs.

The public meeting last night endorsed an ongoing campaign. Their resolution says:-
“We, the Hunter Community pledge to fight Privatisation of the NSW Electricity Industry.
This includes selling, leasing or any other method of privatising NSW Utilities including Electricity.

This meeting agrees to fight the NSW Government by all lawful means at our disposal and will include the following:-

Formation of a “Stop The Sell Off Hunter Committee” to be comprised of relevant community groups. This group to agree on a paper as soon a possible to be distributed widely within the community

Wide spread distribution and collection of petitions.
Formation of a lobby group to meet with all Hunter Politicians.
Further public forums with local members outlining their positions.
E-mail , fax and phone campaign to local politicians and the Premier, Treasurer and senior ministers.
Letterbox drops and Railway Station handouts shopping centre visits to distribute relevant information as it comes to hand.

Participation in the 26th of February protest at Parliament House Sydney.
Public rallies in support of any Electricity Industry workers who are disciplined by the Government for failing to cooperate with the Privatisation process.
Any other activities as agreed by the Stop The Sell Off Hunter Committee.

This meeting also condemns the underhanded manner in which the NSW Government has attempted to force Privatisation on NSW residents without any consultation with the community and the Union movement and in breach of NSW ALP policy.

This meeting calls on ALP members to insist on a special State conference as soon as possible to debate the issue of privatisation and calls on elected ALP Parliamentarians who have voted on privatisation to accept the wishes of their constituents and vote against privatisation.”
Posted by John/Togs Tognolini at Thursday, January 24, 2008