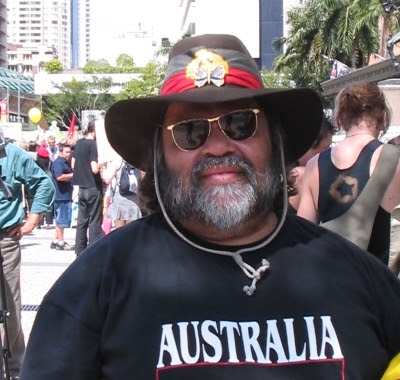 This Invasion Day, 2008, is the opportunity to commence a major change in the position of Indigenous rights in Australia. The time has come to show proper respect and sensitivity to the Aboriginal Stolen Generations, and allow a lengthy period so that there can be consultation across the indigenous communities and all our people are given the opportunity to be involved. The Reconciliation process was allowed 10 years and substantial resources to be undertaken, so the Stolen Generation should be given time for proper consideration.

The Rudd Labor government is showing disrespect for our people and our customs by rushing the process of an apology to the Stolen Generation, in order to serve the larger ALP political agenda. The government wants to make an apology on February 11 and 12, in order for the matter to be resolved and moved off the front pages of the newspapers, so they can concentrate on their bigger game of being re-elected in 2010.

I propose that there should be a national monument erected in front of Parliament House to honor the victims. This moment, when the Australian government offers up an apology will become a significant and defining moment in the short history of this nation.

Prime Minister Kevin Rudd and Aboriginal Affairs Minister Jenny Macklin still haven’t made any attempt to meet with the genuine leaders of the Aboriginal community. We endorse Macklin’s decision to close down the National Indigenous Advisory Council, which is only a handful of Howard’s puppets.

However, the new government now needs to put into practice genuine consultation with the Aboriginal people, in order to make a real apology and to begin to right the wrongs of the past – including offering real compensation to the Stolen Generations.

We must reject the invasion of the Northern Territory by the previous government, and any attempt to extend this intervention to Queensland or other state. We need to seriously challenge Black deaths in custody, and continued discrimination against Indigenous people in all areas of society.

We call on the Australian people to mobilize to defend human rights in all sectors of our country, as well as internationally. Australia needs to recognize that the wealth of this society was gained from the stolen land and resources of the Indigenous people.

Now is the time to remember this history by negotiating a Treaty to truly recognize the rights of the original people of this country, and to provide fair compensation for the theft of their land and resources.

We call on all supporters of Indigenous rights to rally in Canberra, at the opening of federal parliament on February 12, to defend the interests of the Stolen Generations and all Aboriginal and Torres Strait Islander people.