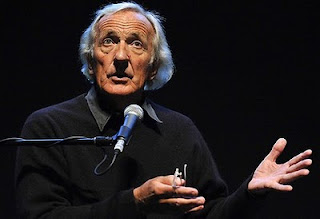 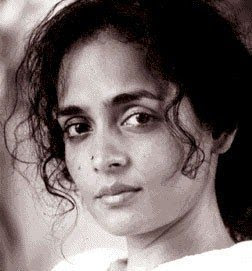 It is abundantly clear that if you control language, terms such as, war on terror, partial birth abortion, and death tax, you can shape ideas and dominate the discourse. You can put your opponents on the defensive. And once you do that, they are always reacting to your initiatives. People on the right have understood this dynamic very well. And they've done something about it. First, they built up a network of well-funded think tanks such as the American Enterprise Institute and the Heritage Foundation. Then they created their own media such as Fox and Rush Limbaugh. Then they developed a golden rolodex of experts, attached to their think tanks, who constantly appear in the media to advance their ideological agenda. On the other side of the conventional political spectrum, it is not clear whether liberals sufficiently grasp the urgency of the issue.

George Lakoff is Professor of Cognitive Science and Linguistics at the University of California at Berkeley. He is a founding senior fellow at the Rockridge Institute where he applies cognitive linguistics to the study of politics, especially the framing of public political debate. He is the author of the bestseller Don't Think of An Elephant. His latest book is The Political Mind.

Pakistan is much in the news. Almost all the attention is on its perilous security situation. But it is also beset with acute environmental problems. Typical of many post colonial countries, Pakistan went headlong into a western model of industrial development. Big dams were seen as an elixir. Now, most of those dams are silting up causing problems. In the province of Punjab, the breadbasket of the country, farmers are hurting for lack of water for irrigation. All things are connected. Global warming is having an adverse impact. In the great mountains in northern Pakistan the glaciers are shrinking. Thus, snowmelt is reduced and there is less water reaching the arid plains resulting in not enough drinking water. Crop yields are declining and food prices are going up. And to exacerbate everything, governmental corruption is all pervasive and deeply entrenched.

There are myriad types of terrorism. But the focus is highly selective. 200,000 Indian farmers killing themselves because of debt or 4,000 children dying everyday around the world because of no access to clean water are not considered. Nor are massacres of Muslims in the Indian states of Gujarat and Maharashtra or of Sikhs in New Delhi. Nor are the tens of thousands of Kashmiris killed by the Indian military. The attention and emphasis is overwhelmingly on car bombings, 9/11 and Mumbai type of attacks. Massive state terrorism is not up for discussion unless the state is a designated enemy of Washington's such as Iran and Syria. America and its allies such as Israel and India get a free pass. Can you imagine Charlie Rose or Wolf Blitzer asking Kissinger or Rice or other apparatchiks of the empire about state terrorism? Maybe when pigs fly.

Arundhati Roy is the celebrated author of The God of Small Things and winner of the prestigious Booker Prize. The New York Times calls her, "India's most impassioned critic of globalization and American influence." Howard Zinn praises her "powerful commitment to social justice." She is the recipient of the Lannan Award for Cultural Freedom. Her latest books are The Checkbook & the Cruise Missile, a collection of interviews with David Barsamian, and An Ordinary Person's Guide to Empire.

The election of Barack Obama was greeted in many circles with a combination of relief and euphoria. It was of course historic. But does Obama represent genuine change from the previous regime? Eloquence and charisma, while attractive qualities, are not policy. Obama is imbued with the same imperial mentality that prevails in Washington in that he believes America can reengineer other countries like Afghanistan. This hubris will lead to further death and destruction. Obama has declared that Afghanistan is "a war worth fighting" and has doubled the number of troops there. A little history would be instructive. The mighty British Empire, among others, on multiple occasions, tried to conquer Afghanistan. They never succeeded. One high 19th century British official astutely observed that the Afghans "do not want us, they dread our appearance in their country and will not tolerate foreign rule."

John Pilger is an internationally renowned journalist and documentary filmmaker. Born in Australia he's been based in London for many years. He's twice won British journalism's highest award, that of Journalist of the Year. His award-winning documentaries such as "Palestine is Still the Issue" and "The War on Democracy" are seen all over the world but rarely in the U.S. He is the author of numerous books including The New Rulers of the World and Freedom Next Time.