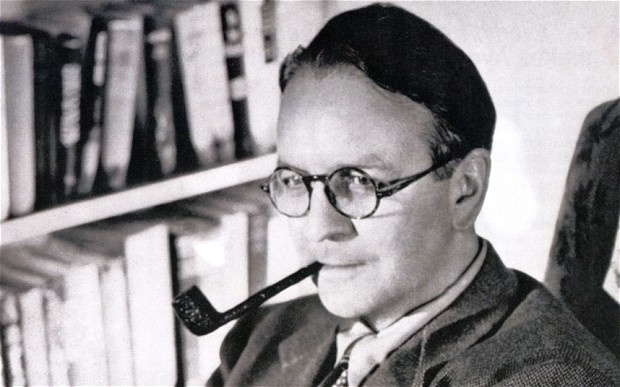 “To hell with the rich, they make me sick.”


“Chess is as elaborate a waste of human intelligence as you can find outside an advertising agency.”


“The faster I write the better my output. If I'm going slow, I'm in trouble. It means I'm pushing the words instead of being pulled by them.”


“The most durable thing in writing is style, and style is the single most valuable investment a writer can make with his time.”


“The actual writing is what you live for. The rest is something you have to get through in order to arrive at the point.”


“There are two kinds of truth: the truth that lights the way and the truth that warms the heart. The first of these is science, and the second is art. Neither is independent of the other or more important than the other. Without art science would be as useless as a pair of high forceps in the hands of a plumber. Without science art would become a crude mess of folklore and emotional quackery. The truth of art keeps science from becoming inhuman, and the truth of science keeps
art from becoming ridiculous.”


“All men who read escape from something else into what lies behind the printed page; the quality of the dream may be argued, but its release has become a functional necessity.”


“A city with all the personality of a paper cup. (On Los Angeles)”


“Don't ever write anything you don't like yourself and if you do like it, don't take anyone's advice about changing it. They just don't know.”


“Scarcely anything in literature is worth a damn except what is written between the lines.”


“And the commercials would have sickened a goat raised on barbed wire and broken beer bottles.”


“When I split an infinitive, God damn it, I split it so it will stay split.”


“There are two kinds of truth; The truth that lights the way and the truth that warms the heart. The fist of these is science and the second is art.”


“I certainly admire people who do things.”


“When in doubt, have a man come through the door with a gun in his hand.”


“Being a copper I like to see the law win. I'd like to see the flashy well-dressed mugs like Eddie Mars spoiling their manicures in the rock quarry at Folsom, alongside of the poor little slum-bred guys that got knocked over on their first caper amd never had a break since. That's what I'd like. You and me both lived too long to think I'm likely to see it happen. Not in this town, not in any town half this size, in any part of this wide, green and beautiful U.S.A. We just don't run our country that way.”
The Big Sleep


“Television's perfect. You turn a few knobs, a few of those mechanical adjustments at which the higher apes are so proficient, and lean back and drain your mind of all thought. And there you are watching the bubbles in the primeval ooze. You don't have to concentrate. You don't have to react. You don't have to remember. You don't miss your brain because you don't need it. Your heart and liver and lungs continue to function normally. Apart from that, all is peace and quiet. You are in the man's nirvana. And if some poor nasty minded person comes along and says you look like a fly on a can of garbage, pay him no mind. He probably hasn't got the price of a television set.”

“Out of the apartment houses come women who should be young but have faces like stale beer; men with pulled down hats and quick eyes that look the street over behind the cupped hand that shields the match flame; worn intellectuals with cigarette coughs and no money in the bank; fly cops with granite faces and unwavering eyes; cookies and coke peddlers; people who look like nothing in particular and know it, and once in a while even men that actually go to work. But they come out early, when the wide cracked sidewalks are empty and still have dew on them. (from) "The High Window”

“The challenge is to write about real things magically.”


“If you can get past those awful idiot faces on the bleachers outside the theater without a sense of the collapse of human intelligence, and if you can go out into the night and see half the police force of Los Angeles gathered to protect the golden ones from the mob in the free seats, but not from the awful moaning sound they give out, like destiny whistling through a hollow shell; if you can do these things and still feel the next morning that the picture business is worth the attention of one single, intelligent, artistic mind, then in the picture business you certainly belong because this sort of vulgarity, the very vulgarity from which the Oscars are made, is the inevitable price that Hollywood exacts from each of its serfs.”


“The moment a man begins to talk about technique that's proof that he is fresh out of ideas.”


“The impulse to perfection cannot exist where the definition of perfection is the arbitrary decision of authority. That which is born in loneliness and from the heart cannot be defended against the judgment of a committee of sycophants.”