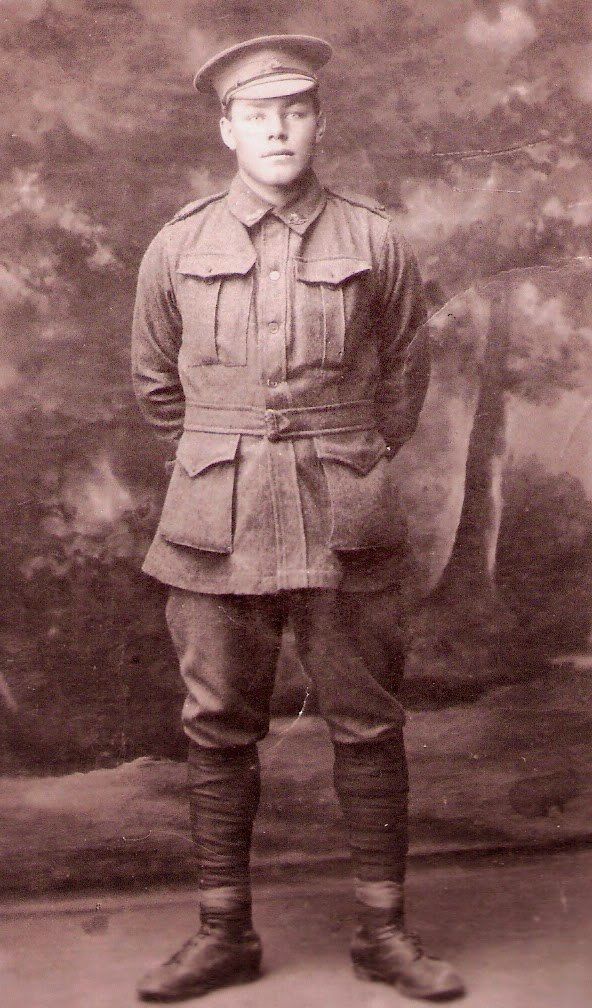 I believe the $100 million dollars should not be spent on Villers-Bretonneux Education Centre in France when Abbott is cutting back on so many things, health, education and Remote Aboriginal Communities. And one in ten of homeless people are war veterans. If you count all that is being spent on the Anzac Centenary that’s $500 million, more that Britain and France.
The boy I'm named after, note that word boy not man John/Jack Tognolini is buried near there.My Uncle John/Jack Tognolini, Military Medal, Killed in Action on 25th April 1918 at the Battle of Villers-Bretonneux in France. The army had his age as 24 years old. As he was born in 1900 he was either 16 or 17.
I went to the Australian War Memorial in Canberra to get his and my Uncle Stephen’s Military Medal citations.
John/Jack from the Battle of Passchendaele says,
At Broodseinde during the period 26/27th October 1917 No 3648 Pte John Tognolini did excellent work on the morning of the 26th October. He was one of a party of eight carrying two stretcher cases to the Regimental Aid Post when a shell burst and severely wounded three of the party. Although wounded himself he continued with his work and made two trips back to get the wounded they had left on the way. He then returned to line and on the morning of the 27th October when several men were wounded by shell fire and all the stretchers in use. He dressed one man and carried him on his back to the R.A.P. All this work was under very heavy shell fire.
He set a fine example of coolness and courage to the men of his company.
Private Tognolini has on many occasions shown great courage and devotion to duty.
Will the boy Anzacs be mentioned in Abbott's theme park or will they be brushed aside with him saying "shit happens" like he did when Jared MacKinney was killed in Afghanistan in 2008? 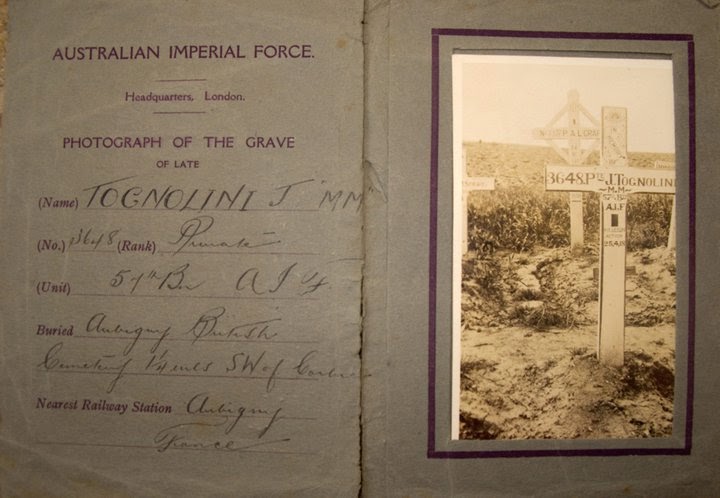