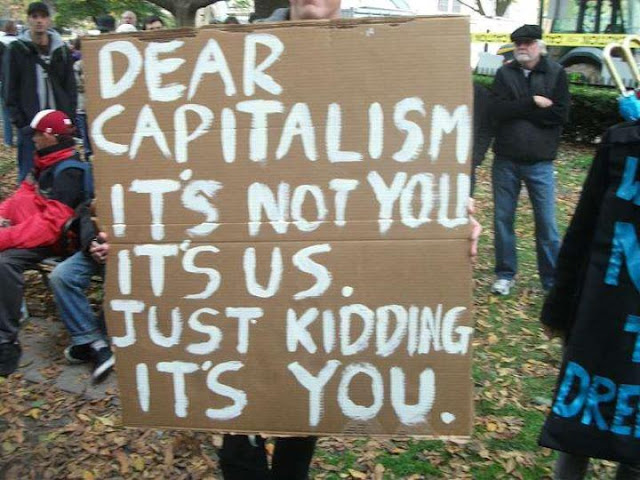 "You almost have to admire the front when people can't stop swiping billions."
The High Pay Commission has just published a report about the trend in salaries paid to the highest 0.1 per cent of earners, and it seems that someone must have made a terrible mistake. Because, in this time of unprecedented debt and sacrifice, with the Government making daily statements such as "in order to keep old age pensions viable, we are insisting from now on that the elderly contribute towards their upkeep, by going on the game for just two days a week. Under this scheme, they will keep 90 per cent of whatever they make from turning tricks, which is far more generous than the pimping rate on the open market, and this will ensure properly funded pensions for the next generation."
Somehow during this austerity, the richest 0.1 per cent "continues to enjoy huge annual increases in pay awards". For example, the salaries of directors of the top 100 companies have increased by 49 per cent. This must now be so difficult to justify, the directors will explain that "what you must remember is the richest 0.1 per cent are a different species to the rest of you, and if our bonuses don't increase by at least 28 per cent, our gills close up and we suffocate".
Dr Heather McGregor of executive search firm Taylor Bennett tried a different route, explaining yesterday that if you want executive pay restrained, "You can go and live in Cuba." We should give this is a go. Then the Cuban embassy will be puzzled to find 47 million applications for a visa, and on the forms under "Reason for wish to live in Cuba" will be "I was asked if the chief executive of Barclays deserved his salary of £4,365,636, so I said he should at least give back the 6 and I was told I had to move there".
The other argument is that the executive pay rates are set by shareholders, so we can't do anything about it. In other words, you can't stop people swiping billions because they voted themselves the right to swipe billions. You might as well say you can't do anything about arsonists because the arsonists set the temperature they like buildings to be at, and if they decide they prefer materials to be molten and smoky, the Government has no power to restrain them.

You almost have to admire the front. For example, yesterday's London Evening Standard told of a banker who broke the record for the amount spent in one night at a Spearmint Rhino lapdancing club, celebrating a bonus by coughing up £37,000 for his evening's entertainment. These are people who must see one of those Oxfam adverts saying, "Two pounds a week could save this child's eyesight" and think, "That's disgusting. If just 18,500 of the people who donate to that charity gave the money to me instead, I could have a free night out at Spearmint Rhino". Because they are a different species.


'Mark Steel's in Town' has just been published by Fourth Estate
Wednesday 23 November 2011 The Independent
Posted by John/Togs Tognolini at Saturday, December 03, 2011