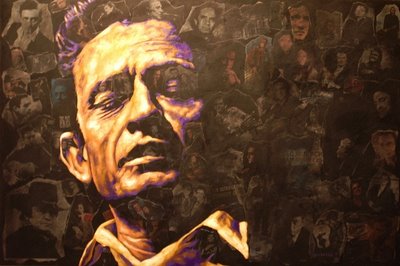 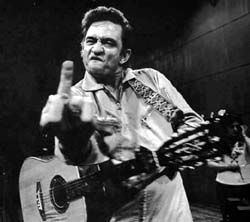 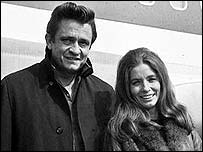 After about three lessons the voice teacher said, "Don't take voice lessons. Do it your way."

How well I have learned that there is no fence to sit on between heaven and hell. There is a deep, wide gulf, a chasm, and in that chasm is no place for any man.

I start a lot more songs than I finish, because I realize when I get into them, they're no good. I don't throw them away, I just put them away, store them, get them out of sight.

I think the first time I knew what I wanted to do with my life was when I was about four years old. I was listening to an old Victrola, playing a railroad song. The song was called, "Hobo Bill's Last Ride." And I thought it was the most wonderful, amazing thing that I'd ever seen.

If you can hold your listener, hold their attention, and you're sure you know what you're doing, and know that you're communicating - You know, performance is communicating. You've got to communicate. You've got a song you're singing from your gut, you want that audience to feel it in their gut.

It's like a novelist writing far out things. If it makes a point and makes sense, then people like to read that. But if it's off in left field and goes over the edge, you lose it. The same with musical talent, I think.

My father was a man of love. He always loved me to death. He worked hard in the fields, but my father never hit me. Never. I don't ever remember a really cross, unkind word from my father.

So, I learn from my mistakes. It's a very painful way to learn, but without pain, the old saying is, there's no gain. I found that to be true in my life. You miss a lot of opportunities by making mistakes, but that's part of it: knowing that you're not shut out forever, and that there's a goal you still can reach.

The beast in me is caged by frail and fragile bars.

"Man In Black" by Johnny Cash

Well, you wonder why I always dress in black,
Why you never see bright colors on my back,
And why does my appearance seem to have a somber tone.
Well, there's a reason for the things that I have on.

I wear the black for the poor and the beaten down,
Livin' in the hopeless, hungry side of town,
I wear it for the prisoner who has long paid for his crime,
But is there because he's a victim of the times.

I wear the black for those who never read,
Or listened to the words that Jesus said,
About the road to happiness through love and charity,
Why, you'd think He's talking straight to you and me.

Well, we're doin' mighty fine, I do suppose,
In our streak of lightnin' cars and fancy clothes,
But just so we're reminded of the ones who are held back,
Up front there ought 'a be a Man In Black.

I wear it for the sick and lonely old,
For the reckless ones whose bad trip left them cold,
I wear the black in mournin' for the lives that could have been,
Each week we lose a hundred fine young men.

Well, there's things that never will be right I know,
And things need changin' everywhere you go,
But 'til we start to make a move to make a few things right,
You'll never see me wear a suit of white.

Ah, I'd love to wear a rainbow every day,
And tell the world that everything's OK,
But I'll try to carry off a little darkness on my back,
'Till things are brighter, I'm the Man In Black