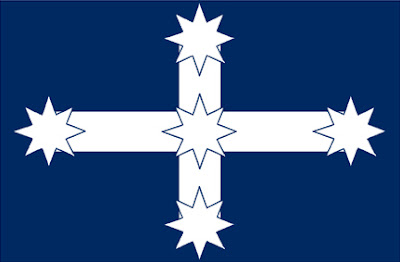 THE Labor Party's decision to delay abolishing the Australian Building
and Construction Commission until 2010 will disappoint tens of
thousands of hard-working Australians.

The ALP needs to keep faith with working Australians. Construction
workers don't deserve laws treating them worse than other Australians.

The ABCC powers are sweeping – workers and their representatives can
be fined and jailed; union meetings can be secretly recorded; legal
representation can be denied.

Under the ABCC, so-called freedom of association clauses are applied
to restrict union access to the workplace and make most forms of
industrial action illegal.

The Howard Government's myth of a corrupt and lawless industry is an
insult. The ABCC's actions, against people like 65-year-old
grandfather Charlie Corbett in Victoria and the 107 construction
workers it is prosecuting in Western Australia, are about intimidating
honest workers.

Under the Building Industry Improvement Act, policed by the ABCC,
workers who simply stand up for safety and their rights can be fined
or imprisoned.

They can be sent to jail for nothing more than refusing to discuss
what was said at a union meeting.

Construction workers don't expect preferential treatment. They expect
to be treated fairly – the same as everyone else – by the Howard
Government and any incoming Labor government.

If illegal activity is discovered it should be dealt with by the
police, not by a politically-biased body like the ABCC.

The ABCC isn't going after the bosses who skimp on safety
requirements, or rogue companies who declare bankruptcy just to avoid
paying their bills.

No, they'd rather attack and malign ordinary working Australians who
are simply trying to stand up for their rights at work and earn a living.

The way forward for our industry is via the road of high skills,
ingenuity and vision. Most of all, the way forward for the Australian
construction industry in the 21st century is by employers and
investors, together with workers and their unions, working together to
forge a new path, one independent of the ideological prejudices of the
Howard Government.

Australia has one of the most highly skilled and productive
construction sectors in the world, worth billions to our economy every
year. What we need now is not the narrow, ideological battle Howard
and Hockey are so intent on but a plan for our industry focusing on
occupational health and safety, skills training and new
apprenticeships and innovation.

Australian construction workers are sick to death of politicians
maligning our industry and their hard work.

The laws governing the ABCC are bad laws – authoritarian, undemocratic
and profoundly unfair.

The CFMEU will continue to campaign against the ABCC no matter who is
in government.