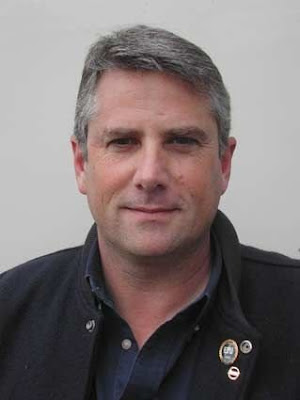 [An edited version of this interview with Dean Mighell by Sue Bolton, will appear in the next edition of Green Left Weekly]

On May 30, Labor leader Kevin Rudd asked Electrical Trades Union Victorian secretary Dean Mighell to resign from the Australian Labor Party after a tape recording of an internal union meeting became public. Labor leaders Kevin Rudd and Julia Gillard slammed Mighell as a union “thug” for swearing about bosses and talking about a pattern bargaining agreement where ETU members got a particularly good deal.

“I learnt about the taskforce being retained the day (May 30) that I was asked to resign by Rudd from the ALP and I learnt it from journalists.“There is no reason for maintaining the ABCC(Australian Building and Construction Commission). It is clear to me that the Master Builders Association and others lobbied the ALP to maintain the [ABCC] and it is a betrayal of the commitment given at the ALP national conference in May.“The mining industry and the Australian Industry Group have lobbied against pattern bargaining. What Labor has done is ruled it out in industries once governed by paid rates awards where it has enormous support from both employers and employees.

“The ALP conference ratified the ILO (International Labor Organisation) conventions and one of these ILO conventions is the right to pattern bargain through to industry bargain. It is a fundamental human right. Here we have the ACTU highlighting where the Howard government’s industrial relations laws breach ILO convention, and it seems that theALP is willing to make similar mistakes. We will highlight this and show that in some industries it makes sense. It is supported by employers and employees and should continue.

“The only weapon a worker has is the right to withdraw their labour. Workers don’t go on strike without serious thought and a serious issue being present because it’s going to mean that they sacrifice their time and their money and endure hardship.

“It’s foolish to think that the only time a worker’s going to experience any unfair treatment is during a bargaining period because in the two to four years while those agreements are in place, many injustices can be brought down upon workers who are currently covered by an industrial agreement.

“We’ve seen mass sackings and redundancies in an unfair manner and no right for workers to take industrial action to protect themselves. If a worker is to protect themselves during the period of a certified agreement, they run the risk of fines and prosecution as does their union and perhaps even criminal charges for union officials.

“The right to strike is a fundamental freedom. It is no better demonstrated than when workers attend a rally or political demonstration. Now we’ve heard [Labor’s industrial relations spokesperson Julia] Gillard say that attending these rallies without the agreement of the employer will be industrial action and will be outlawed under a Labor government.

“This is disappointing because many Labor politicians attended the Your Rights at Work rallies, yet they turn around to pacify the Business Council of Australia and are the first ones to condemn workers’ basic human right to withdraw their labour and participate in the political process. The right to strike is a freedom, and it is a very important one.

“Secret ballots have been woven into Australian workplace laws by the Howard government as a means to slow down unions’ ability to take protected industrial action by putting layers of bureaucracy in there, applications for a ballot order, conducting the secret ballot by the electoral commission. It is pure obstructionism.

“Unions would never take their members down a road of industrial action without the absolute support of the members involved. You don’t go into industrial campaigns unless 55-65% of your members are completely on side. That makes secret ballots unnecessary. They’re just another anti-union tactic.

“For a union to take any protected industrial action under the Howard government, the bureaucratic process is amazing. You have to initiate the bargaining period. You then have to bargain in good faith. If you need to take industrial action, you have to apply to the Commission and have a hearing. The employer can intervene and appeal and others can intervene in the proceedings. Then you have to get a secret ballot order, which can be contested by the employer, so you have a very small opportunity to exercise any right to strike to improve your conditionsin life, let alone have a fight in the middle of an agreement if the employer takes you up.

“I think there’s a few things that [Labor leader] Rudd needs to do that he’s not doing. One is to talk to his shadow cabinet. I don’t believe they were consulted on the industrial relations policy. We have to remember that Rudd lives in a household with a combined income in the millions of dollars a year.

“Rudd believes that he will win middle Australia over by being seen to attack unions. If you start asking someone like me to resign from the Labor Party because I swore about bosses at a union meeting of members of the trade or members got a bigger wage increase than they otherwise could have, then I think the threshold for ALP membership is very low. I wore it on the chin because I don’t want to be at war with Rudd. I want to get rid of the Howard government and Work Choices.“But by attacking labour leaders such as myself or breaching promises made to workers, for example, the promise to get rid of the building industry taskforce (ABCC), it’s made it very difficult to run the Your Rights at Work Campaign.

“Rudd needs to be very careful that he doesn’t stop giving workers a reason to believe in Labor because the only people who have benefited from his attacks on me and attacks on other unionists and backpeddling on his IR promises are the Greens who had a better industrial relations policy than Labor at the start of the campaign and it’s now streets ahead.

“I’m quite overwhelmed with the amount of emails, messages and phone calls to the ETU office from people to say that they are really disappointed with the way my resignation was handled by the Labor Party and that unions are being attacked. That has been quite humbling.“Leading up to the ALP conference, the ALP policy platform was kept secret. And then they came out with a fairly broad document that wasn’t seen by the shadow cabinet, that wasn’t seen by union officials at a senior level bar a chosen few who kept it to themselves.

“The Labor Party is operating under the assumption that unions will support them because they’re better than the Liberals. This is a really flawed strategy for unions to go along with because we need to stand quite firmly to one side of the Australian Labor Party and to be equally prepared to fight them over the issues that are important to us, aboutindustrial relations laws and other things.

“Our union’s national council voted to give half a million dollars to the Australian Labor Party. The ETU’s Victorian and Tasmanian branch, the southern states branch, opposed that and said why are we giving them any money until we know what their industrial relations platform is.

“Unions have mobilised politically like never before, and if Labor wins, it will be because of the mobilisation of trade unions. We’re not going to be able to mobilise again if Labor betrays workers because they will see [such mobilsations] as an ALP election stunt rather than the genuine Your Rights at Work campaign that it is.

“The campaign should be independent. I think the Your Rights at Work campaign is independent of Labor and we want to make sure that it stays that way. There has been discussion about where preferences will go because there’s been tremendous support from the Greens and the Socialist Alliance out there fighting hard because [the Your Rights atWork campaign] is not an ALP campaign. It’s a genuine union campaign.

“If the campaign starts doing preference deals, if it lapses into being an ALP stunt, we will never be able to deliver a Your Rights At Work Campaign again because no one will trust us. The campaign has got to be independent. Preferences in the senate have to go to those who are supportive of workers’ rights. The preferences of the ALP last time put Family First in the senate ahead of the Greens and workers have paid a certain price for that.

“The ETU has supported the Socialist Alliance and the Greens in the last couple of elections. The Greens and Socialist Alliance policies are a hell of a lot better than the ALP’s policy. We can’t be totally beholden to the Australian Labor Party. It’s changed and I don’t think it will get any closer to its tradition of working class roots than it is at the moment.

“We’ve been pragmatic enough to realise the importance of other political parties in fighting for a better deal for workers. It’s not just the Australian Labor Party. Our members increasingly vote for the Greens in the senate and I understand why.

“Some unions are not in good shape and I think they believe that they’re only going to be saved by a Labor government. I think that notion is quite ridiculous. But the Howard government is so rabidly anti-union that it forces people to look to the ALP at all costs.

“Sure we want to get rid of Howard but we’re saying that we have to be prepared to do what it takes. The election of a Labor government might be a little bit of a bonus but it’s certainly not going to save trade unionists.

“I think the Your Rights at Work campaign and the media that’s gone into that should continue. We should budget to continue that campaign, irrespective of losing government. I support the levy that our union pays continue going into the campaign, and if Labor is elected and they don’t do the right thing by workers, then we should be still prepared torun that campaign again and again and again. The Your Rights at Work campaign should keep going.
Posted by John/Togs Tognolini at Sunday, June 17, 2007