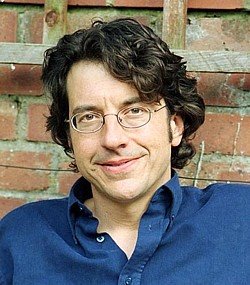 The government must go further, and much faster, in its response to the moral question of the 21st century

It is a testament to the power of money that Nicholas Stern's report should have swung the argument for drastic action, even before anyone has finished reading it. He appears to have demonstrated what many of us suspected: that it would cost much less to prevent runaway climate change than to seek to live with it. Useful as this finding is, I hope it doesn't mean that the debate will now concentrate on money. The principal costs of climate change will be measured in lives, not pounds. As Stern reminded us yesterday, there would be a moral imperative to seek to prevent mass death even if the economic case did not stack up.

But at least almost everyone now agrees that we must act, if not at the necessary speed. If we're to have a high chance of preventing global temperatures from rising by 2C (3.6F) above preindustrial levels, we need, in the rich nations, a 90% reduction in greenhouse-gas emissions by 2030. The greater part of the cut has to be made at the beginning of this period. To see why, picture two graphs with time on the horizontal axis and the rate of emissions plotted vertically. On one graph the line falls like a ski jump: a steep drop followed by a shallow tail. On the other it falls like the trajectory of a bullet. The area under each line represents the total volume of greenhouse gases produced in that period. They fall to the same point by the same date, but far more gases have been produced in the second case, making runaway climate change more likely.

So how do we do it without bringing civilisation crashing down? Here is a plan for drastic but affordable action that the government could take. It goes much further than the proposals discussed by Tony Blair and Gordon Brown yesterday, for the reason that this is what the science demands.

1. Set a target for reducing greenhouse-gas emissions based on the latest science. The government is using outdated figures, aiming for a 60% reduction by 2050. Even the annual 3% cut proposed in the early day motion calling for a new climate change bill does not go far enough. Timescale: immediately.

2. Use that target to set an annual carbon cap, which falls on the ski-jump trajectory. Then use the cap to set a personal carbon ration. Every citizen is given a free annual quota of carbon dioxide. He or she spends it by buying gas and electricity, petrol and train and plane tickets. If they run out, they must buy the rest from someone who has used less than his or her quota. This accounts for about 40% of the carbon dioxide we produce. The remainder is auctioned off to companies. It's a simpler and fairer approach than either green taxation or the EU's emissions trading scheme, and it also provides people with a powerful incentive to demand low-carbon technologies. Timescale: a full scheme in place by January 2009.

3. Introduce a new set of building regulations, with three objectives. A. Imposing strict energy-efficiency requirements on all major refurbishments (costing £3,000 or more). Timescale: in force by June 2007. B. Obliging landlords to bring their houses up to high energy-efficiency standards before they can rent them out. Timescale: to cover all new rentals from January 2008. C. Ensuring that all new homes in the UK are built to the German Passivhaus standard (which requires no heating system). Timescale: in force by 2012.

4. Ban the sale of incandescent lightbulbs, patio heaters, garden floodlights and other wasteful and unnecessary technologies. Introduce a stiff "feebate" system for all electronic goods sold in the UK, with the least efficient taxed heavily and the most efficient receiving tax discounts. Every year the standards in each category rise. Timescale: fully implemented by November 2007.

5. Redeploy money now earmarked for new nuclear missiles towards a massive investment in energy generation and distribution. Two schemes in particular require government support to make them commercially viable: very large wind farms, many miles offshore, connected to the grid with high-voltage direct-current cables; and a hydrogen pipeline network to take over from the natural gas grid as the primary means of delivering fuel for home heating. Timescale: both programmes commence at the end of 2007 and are completed by 2018.

6. Promote the development of a new national coach network. City-centre coach stations are shut down and moved to motorway junctions. Urban public transport networks are extended to meet them. The coaches travel on dedicated lanes and never leave the motorways. Journeys by public transport then become as fast as journeys by car, while saving 90% of emissions. It is self-financing, through the sale of the land now used for coach stations. Timescale: commences in 2008; completed by 2020.

7. Oblige all chains of filling stations to supply leasable electric car batteries. This provides electric cars with unlimited mileage: as the battery runs down, you pull into a forecourt; a crane lifts it out and drops in a fresh one. The batteries are charged overnight with surplus electricity from offshore wind farms. Timescale: fully operational by 2011.

8. Abandon the road-building and road-widening programme, and spend the money on tackling climate change. The government has earmarked £11.4bn for road expansion. It claims to be allocating just £545m a year to "spending policies that tackle climate change". Timescale: immediately.

9. Freeze and then reduce UK airport capacity. While capacity remains high there will be constant upward pressure on any scheme the government introduces to limit flights. We need a freeze on all new airport construction and the introduction of a national quota for landing slots, to be reduced by 90% by 2030. Timescale: immediately.

10. Legislate for the closure of all out-of-town superstores, and their replacement with a warehouse and delivery system. Shops use a staggering amount of energy (six times as much electricity per square metre as factories, for example), and major reductions are hard to achieve: Tesco's "state of the art" energy-saving store at Diss in Norfolk has managed to cut its energy use by only 20%. Warehouses containing the same quantity of goods use roughly 5% of the energy. Out-of-town shops are also hardwired to the car - delivery vehicles use 70% less fuel. Timescale: fully implemented by 2012.

These timescales might seem extraordinarily ambitious. They are, by contrast to the current glacial pace of change. But when the US entered the second world war it turned the economy around on a sixpence. Carmakers began producing aircraft and missiles within a year, and amphibious vehicles in 90 days, from a standing start. And that was 65 years ago. If we want this to happen, we can make it happen. It will require more economic intervention than we are used to, and some pretty brutal emergency planning policies (with little time or scope for objections). But if you believe that these are worse than mass death then there is something wrong with your value system.

Climate change is not just a moral question: it is the moral question of the 21st century. There is one position even more morally culpable than denial. That is to accept that it's happening and that its results will be catastrophic, but to fail to take the measures needed to prevent it.

George Monbiot's book Heat: How to Stop the Planet Burning is published by Penguin.